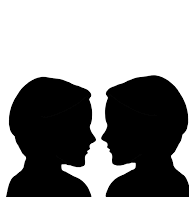 God led me to I Samuel 17 “David and Goliath” on Friday.

Goliath was a Philistine giant that was over 9 feet tall and big. Goliath kept terrorizing David’s people for 40 days (about 1 and a half months). It caused everyone to run in fear.

David heard what was happening, realized the reward he would get if Goliath were destroyed, and that motivated him to face Goliath.

David kept exalting the name of God, spoke on his past victories, and he declared “this day will the Lord deliver you into my hands.”

David used what he had, operated in the power of God and not his own strength. He ran towards Goliath and not only killed Goliath but cut his head off. David’s victory caused others to join with him to kill the Philistines.

God revealed to me my giant and I am facing it head on. Once you get to the root of your situation, face it, cut the head off, and then the other things will fall into place.

Ask God to reveal to you the giant’s head that needs to be cut off. Once God reveal it to you act on it immediately and watch God work. It will not only change your life, but the lives of others around you.

You Want It Gone? Face It Head On!

Prayer: Thank you God for your miracle working power. I repent from running away from my giant in my life. I face it head on like David, using what I have, and trusting God for my deliverance. In Jesus name! Amen,