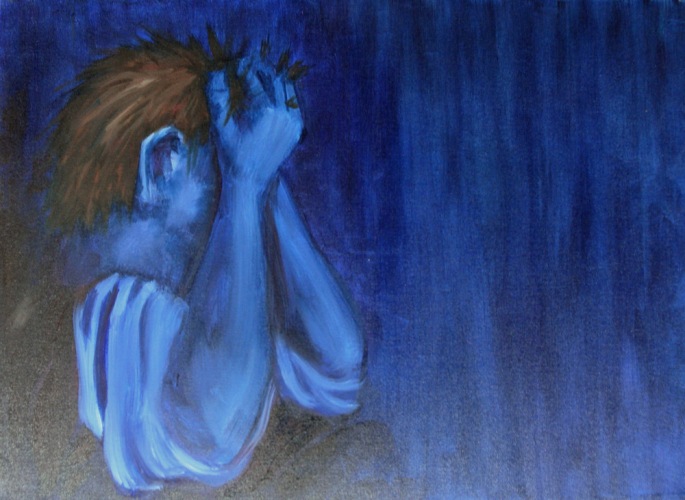 It is easy to get depressed, rehearse our problems to someone else, or just give up when going through a difficult time. Jesus knows exactly what we are going through because he took all our pain, sickness, and sins on the cross. Jesus sacrificed His life so that we can have victory in every situation. All we must do is believe and receive what God has already done for us.

I can only imagine having a child, watching the child grow, and then your child dies in your arms.

However, the Shunammite woman laid her son on the bed and went to the man of God Elisha. For those who were raised in the church and are familiar with the scripture, James 5:14-15 says 14 Is any sick among you? let him call for the elders of the church; and let them pray over him, anointing him with oil in the name of the Lord: 15 And the prayer of faith shall save the sick, and the Lord shall raise him up; and if he has committed sins, they shall have forgiven him.

This is exactly what the Shunammite woman did. She told her husband to saddle her a donkey and ask for one of the young men to come with her to see the man of God. He asked why you are seeing him; it is not the New Moon nor is it the Sabbath. She replied to her husband. “it is well.”

When the Shunammite woman arrived at Elisha at Mount Carmel, the servants/people there saw her and rushed to her. The servant asked, “is it well with you, the child and your husband?”  She replied, “it is well.” When she got to the man of God, someone tried to push her away, but Elisha said “Leave her alone. “Can’t you see this woman is in distress?”

The Shunammite woman told Elisha “Did I ask my lord for a son? Did I not say, ‘Do not deceive me?’”

Elisha went with her to see her child.

2 Kings 4:32-37 says 32 When Elisha came into the house, he saw the child lying dead on his bed. 33 So he went in and shut the door behind the two of them and prayed to the Lord. 34 Then he went up and lay on the child, putting his mouth on his mouth, his eyes on his eyes, and his hands on his hands. And as he stretched himself upon him, the flesh of the child became warm. 35 Then he got up again and walked once back and forth in the house and went up and stretched himself upon him. The child sneezed seven times, and the child opened his eyes. 36 Then he summoned Gehazi and said, “Call this Shunammite.” So, he called her. And when she came to him, he said, “Pick up your son.” 37 She came and fell at his feet, bowing to the ground. Then she picked up her son and went out.

What can we learn from the Shunammite woman is that during your bad situation speak the word of God or the outcome you want? Take a step of faith.  Surround yourself by godly people of faith who can pray for you. You cannot tell everybody when you are taking a step of faith because they won’t understand; they can hinder your faith, and don’t let anyone or anything stop you from obtaining what God has for you. Because of her faith, her son was brought back to life.

All is well because Jesus took everything: sickness, sin, hurt, pain, rejection, financial problems etc….. and nailed it to the cross. Receive what is already done.

When going through hell, say all is well.

Prayer: God thank you for your grace and mercy endures forever. Lord all is well because of Jesus’ sacrifice for me. Jesus went through hell for me so I can have victory. Thank you, Lord, for your unfailing love. No matter what the hell I may go through it is well because it was finished on the cross. Thank you, Jesus for your Blood. In Jesus name. Amen